Recently, Fountain Pen Network user IThinkIHaveAProblem shared some patents he found online. Among these, were patents for a cap-less, snorkel filling fountain pen. When I saw this post, I remembered see a prototype pen that was like this. I went to the Sheaffer Pen Museum archives to revisit this pen.

What I found was that the Sheaffer Pen Museum doesn’t have one prototype cap-less fountain pen. They have nine. I will be referring to these as the 1041 as this number is on most of the 9 examples. It is amazing to see these prototypes spanning almost 3 years.

The earliest iteration of the 1041 is different than Sheaffer’s patents and the current cap-less pens on the market. Rather than using a click mechanism, this pen uses a twist mechanism to extend and retract the nib. From what I have read, this is how Pilot’s Namiki Capless operated too. To seal the nib from drying, this pen seems to have used a metal mesh of sorts, which no longer bends back into place. Surprisingly, this pen seems to have a working snorkel mechanism as shown. One of the main problems is that to use the snorkel mechanism, you end up twisting the pen and closing it. Another reason is the nib. The nib is very short as it hardly travels out of the pen, and this would make writing uncomfortable.

The second iteration is a good improvement on the first. The 1041-J eliminated several flaws of the 1041-I. To start, the nib on the 1041-J comes out of the pen much further than the 1041-I did. Also, the grip is a bit different, presumably to improve the ergonomics. There is also a metal ring around the blind cap. I am unsure what its purpose is. Finally, there are remnants of a rubber flap that most likely was the seal to keep this pen from drying out. This seal has since deteriorated, stopping the snorkel from being able to extend

You may be saying “Doesn’t the alphabet go I-J-K? Not I-J-U”. I assume that Sheaffer’s numbering went from A-Z, A1-Z1, and so on. This could mean that there are many pieces that were thrown away. But, this is my speculation, I have no evidence of what the letters mean.

The 1041-U is a complete re-do of the previous 1041 models. The 1041-U is the first click style version of the pen, which would be the preferred method for the rest of the models. This pen uses two metal flaps that move apart for the nib to extend, and close to seal the nib from drying. Yet, these metal flaps don’t work as intended and the nib doesn’t extend. Calling what this pen has a nib is a bit generous. What it really has is a metal rod, not a nib. But, it is a prototype.

On November 11, 1956, the W. A. Sheaffer Pen Company filed a patent for the design of the 1041. The inventors listed are Lynn P Martin, Elmer D Thompson, Lee W Ross, and Roland L Brannon – the R.L.B from above. The patent points to what we have seen. The 1041 could be a snorkel filling pen, although it could use another filling system as well. A big difference between any of the cap-less pens on the market and the 1041 was that it is designed to have the pen nib down when in a pocket. In contrast, all the capless pens I know of on the market today are to carried nib up.

Two 1041 models are dated June 15, 1956. The first one I will evaluate is the 1041-D1. The D1 isn’t much to talk about compared to the others. The nib of the pen is sticking out, and not even attached to the pen. This does give a great look into the nib that was used for many of the 1041s. The mechanism on D1 doesn’t work, so there isn’t much to say about it.

The second model is not labeled with the 1041 number, but instead is imprinted “Model No. 2” above “June 15 56” above “R. L. B.” This is again the work of Roland L Brannon. Interestingly, The Model 2 has a cap band from a Snorkel Valiant. The Model 2’s clicker mechanism does not work very well, although that could be due to the age. I assume that the piece under the brass grip originally had a rubber seal, but there is nothing left of it today. Like others, the Model 2 doesn’t have a filling system.

The 1041-F1 is a big improvement over the D1 and Model 2. The F1 has a working clicker mechanism, with good nib travel. This would make it a much more comfortable pen. The F1 had a rubber seal at some point, which is now deteriorated. The F1 also does not having a filling mechanism, and the nib is just a metal tube on this as well. However, the F1 does have a feed that seems to take ink up into the nib.

The 1041-N1 is another big step from its previous model. The N1 brings back the nib’s shape, using the same small nib as earlier 1041 models. Like many of the previous models, there is no filling mechanism in the N1. Most importantly, the 1041-N1 ditches the rubber flaps and moves back to a mechanism using two metal flaps. This time, the metal flaps work. I assume that testing showed the rubber was not going to last long term, which is obvious today.

The final model of the 1041 does not have any specific model number on it. This model is an improved version of the N1, with a new version of the sealing mechanism. This final 1041 also has a different tip, most likely improving the ergonomics of the pen. The initials “R.L.B.” are on this pen as well. The only thing left to put in place was the filling mechanism, as this pen is still lacking one.

I have heard a rumor that an individual from Sheaffer had a working 1041 with a filling mechanism. I am hoping to find this pen, but it may no longer exist.

I plan to soon compare the 1041 to some of the current production cap-less pens. I have ordered a Platinum Curidas, and I would also like to compare the 1041 to a Pilot Namiki Capless, a Pilot Vanishing Point and a Lamy Dialog. If anyone has any of these pens that they would be willing to loan to me, please leave a comment below. 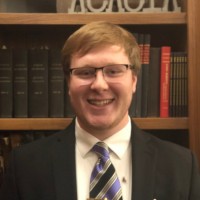